WordCamp 2016 – from a volunteer’s perspective 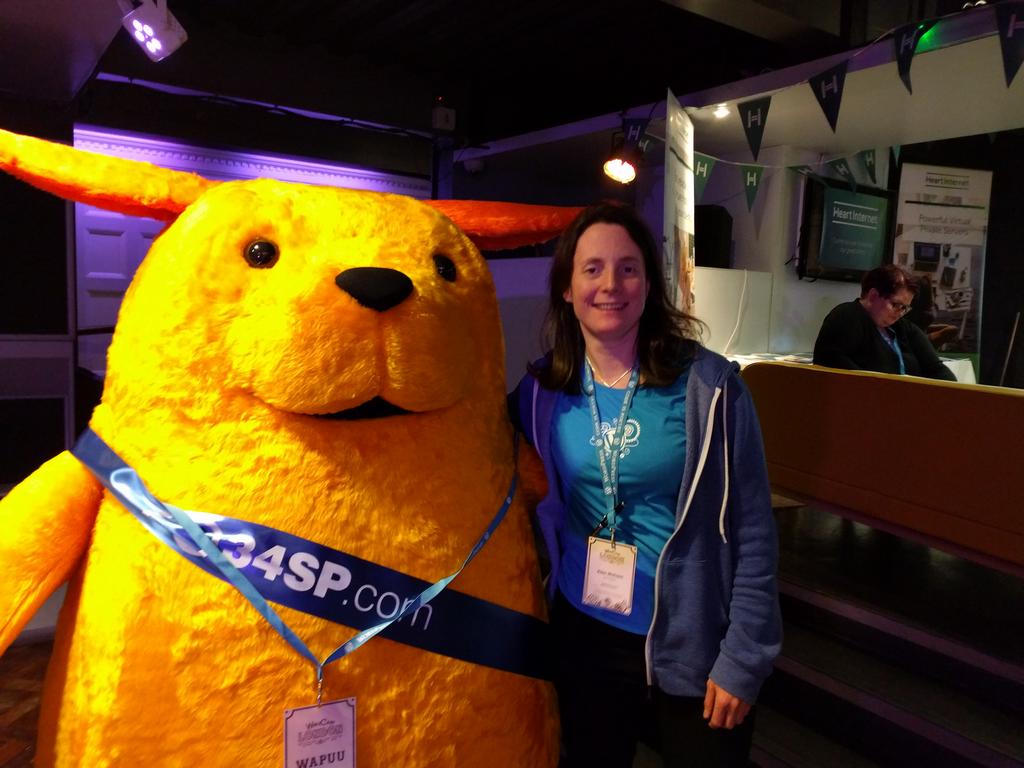 We asked Bookswarm’s WordPress-Wrangler-in-Chief Alex Watson to tell us about her recent experiences as a volunteer at WordCamp London 2016. Clearly she had far too much fun…

WordCamp London 2016 was my second WordCamp and the first time I offered to volunteer. I did this because I wanted to be more involved and give something back to the WordPress community. WordCamps are conferences for people who use WordPress – from developers and designers to bloggers and plugin authors. Since 2006 there have been 536 WordCamps worldwide!  The entire event is run by volunteers – and does not make a profit. Attendee tickets are a bargain at £30 and it covers all food and some drinks too.

The volunteers are headed up by 8 organisers who spend the previous 6 months planning the whole thing. Hat tip to them for doing such a lot of work, all for the love of it. Some of them run several WordCamps throughout the year across Europe. 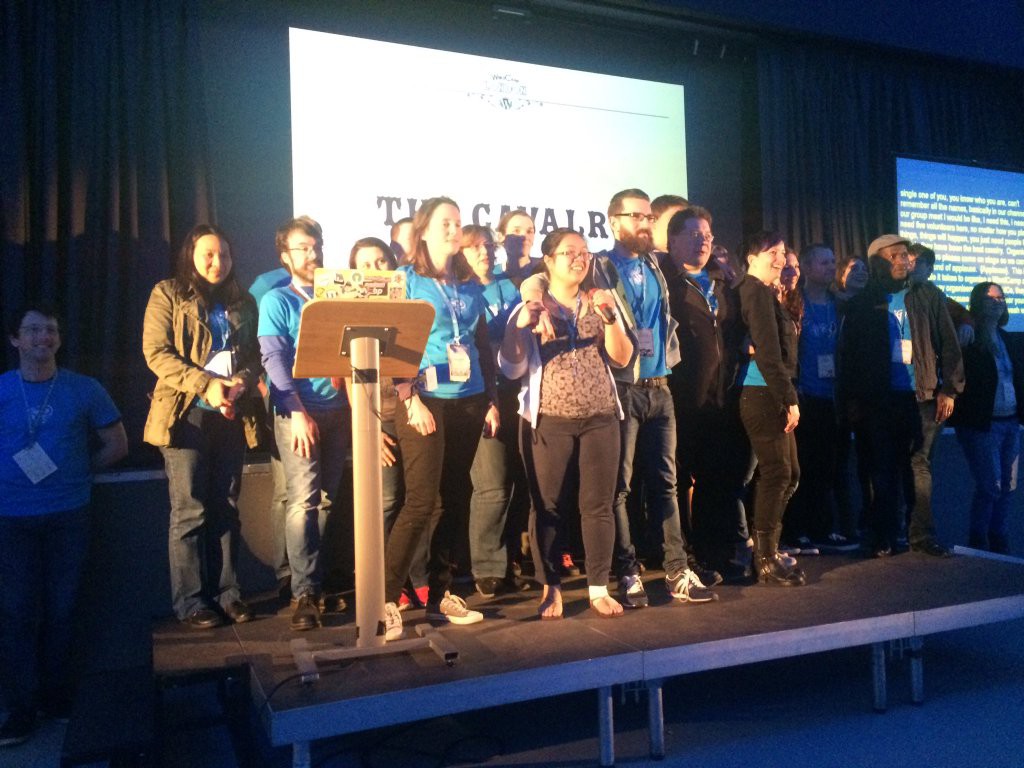 My weekend as a volunteer started by getting the train to London on the Friday afternoon and attending the speakers and volunteers dinner. It wasn’t a boring sit down dinner, it was at Bounce in Farringdon which is a bar with ping pong tables. I spent the evening getting to know fellow volunteers and the speakers which was great as I’m usually not very good at approaching the speakers at a conference. Eating pizza and playing ping pong with them was a fantastic way to break the ice before the event itself.

The great thing about attending a WordCamp rather than a more broad web development conference is that everyone has one thing in common. Everyone can chat about how WordPress is in their lives and there are always things to be learnt. I got chatting with a community manager from Yoast and learnt things about their SEO plugin that I didn’t know. Yoast is probably the most popular SEO plugin and we use it on all our client sites, so it was good to learn a bit more about about it.

I also had a chat with OnTheGoSytems who produce the Toolset plugins we use. They were impressed with what we do with it and were pleased that we have been reporting bugs to help them be fixed quickly for the benefit of all Toolset users.

The next day was an early start with us volunteers arriving at the conference venue at 6:30am. It was held at the London Metropolitan University across 3 buildings, so we had to learn the layout of them pretty fast as we would have attendees asking us where things were for the next 2 days. Luckily we brought a lot of signage with us to help with this that we starting to put up along with helping the sponsors set up their stands. 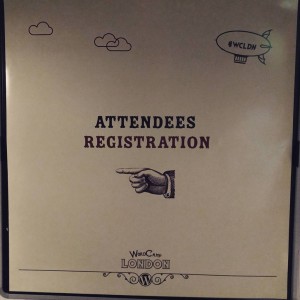 It is now 8:00am and the doors have opened to the attendees. It was my job to direct them to the registration room before they got distracted by coffee, pain-au-chocolats and sponsor swag. It seemed to work okay and soon they were all registered and sitting upstairs in the main hall for the opening remarks.

The rest of my day was spent helping out when needed with things like folding t-shirts and ushering attendees into queues in the lunch hall. All volunteers were using the GroupMe app on their phones, so it was easy for use to all keep in touch while spread out across the campus.

I managed to squeeze in watching a few of the talks and learnt new things about responsive images and how to debug code in Chrome. The subject of the talks was pretty varied. It’s not all WordPress specific and ranged from design patterns and user experience to debugging and fixing a hacked website. One of the most interesting sessions was a Q&A with a panel of core WordPress contributors where any questions could be asked about the future of WordPress.

The saturday night was the afterparty, and a retro games evening was set up. Everyone enjoyed a beer or two while playing some old school computer games. A fun way to relax after a long day.

Sunday was very much the same – every volunteer had a specific job in a particular timeslot. Volunteer jobs range from timekeeping and mic-running during the talks to monitoring the green room and giving out swag. It was amazingly well organised and ran very smoothly! 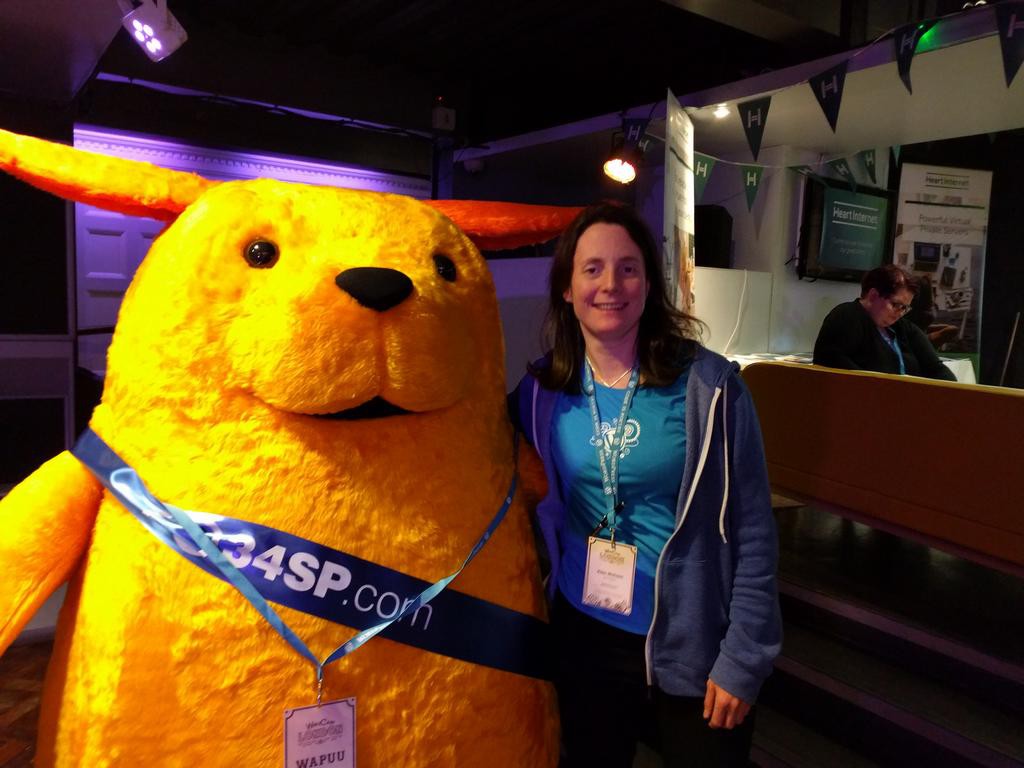 34SP brought along their own Wapuu mascot!

So what next for me? I have come away inspired to improve my web development skills and get more involved in the WordPress community. This could be in the form of contributing to the codebase, reviewing themes, organising a Devon WordCamp or perhaps even speaking at a future event… watch this space!