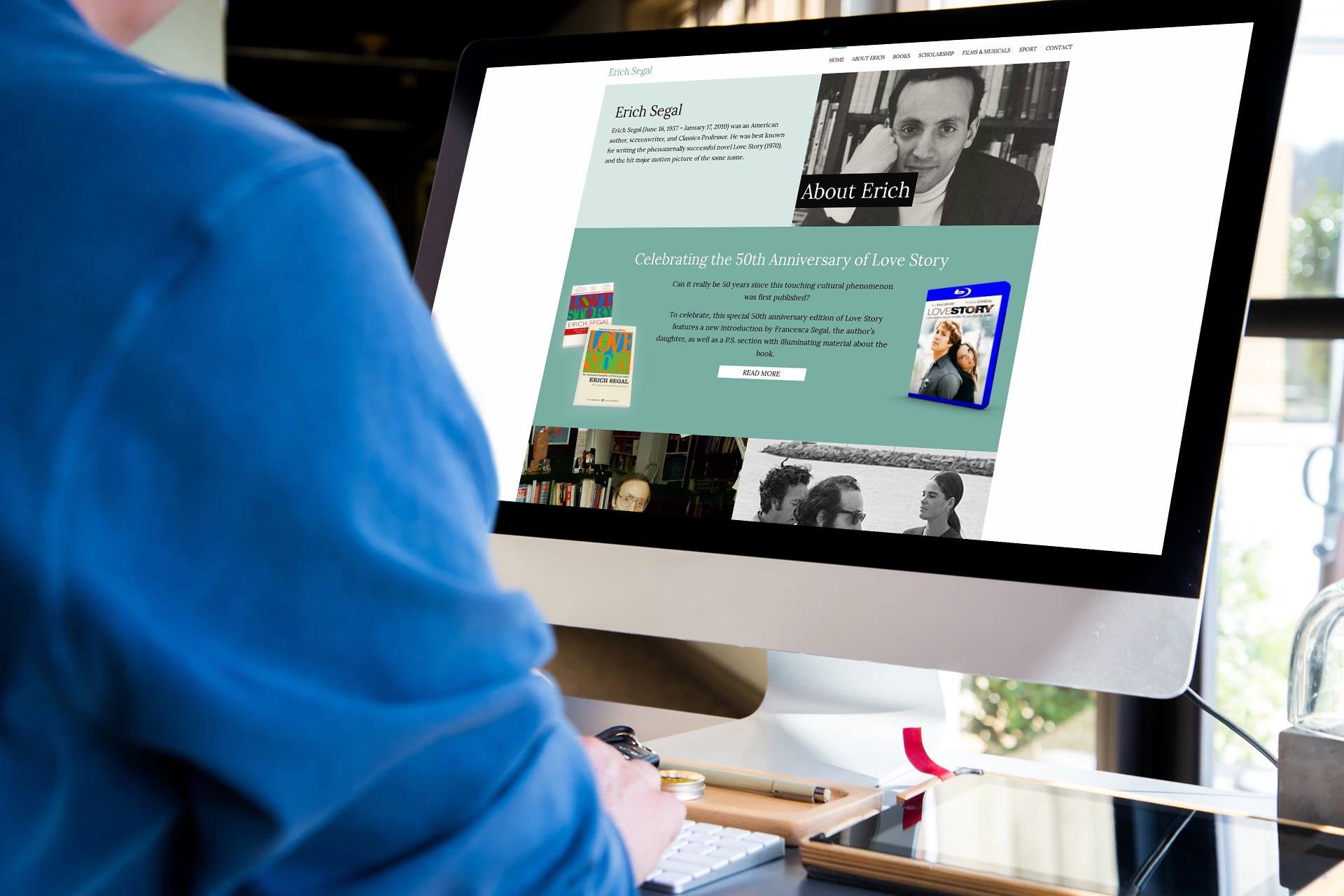 Erich Segal (June 16, 1937 – January 17, 2010) was an American author, screenwriter, and Classics Professor. He was best known for writing the phenomenally successful novel Love Story (1970), and the hit major motion picture of the same name.

We worked with his literary estate to launch a new website in time for the 50th anniversary of the first publication of Love Story – designed to showcase Erich’s achievements in the fields of writing, academic and sport. We wish we could have met Erich while he was alive, but working on this website alongisde those who did know him was the next best thing.

“I can’t thank you enough for Erich’s website. It is absolutely perfect! You really listened to what I wanted, and captured both Erich and his work. You managed to incorporate all the different elements and still keep it fresh and accessible. The publishers in the US love it. Thank you for making the whole process such a pleasure, and I would highly recommend Bookswarm.”