The Girl With a Clock For a Heart 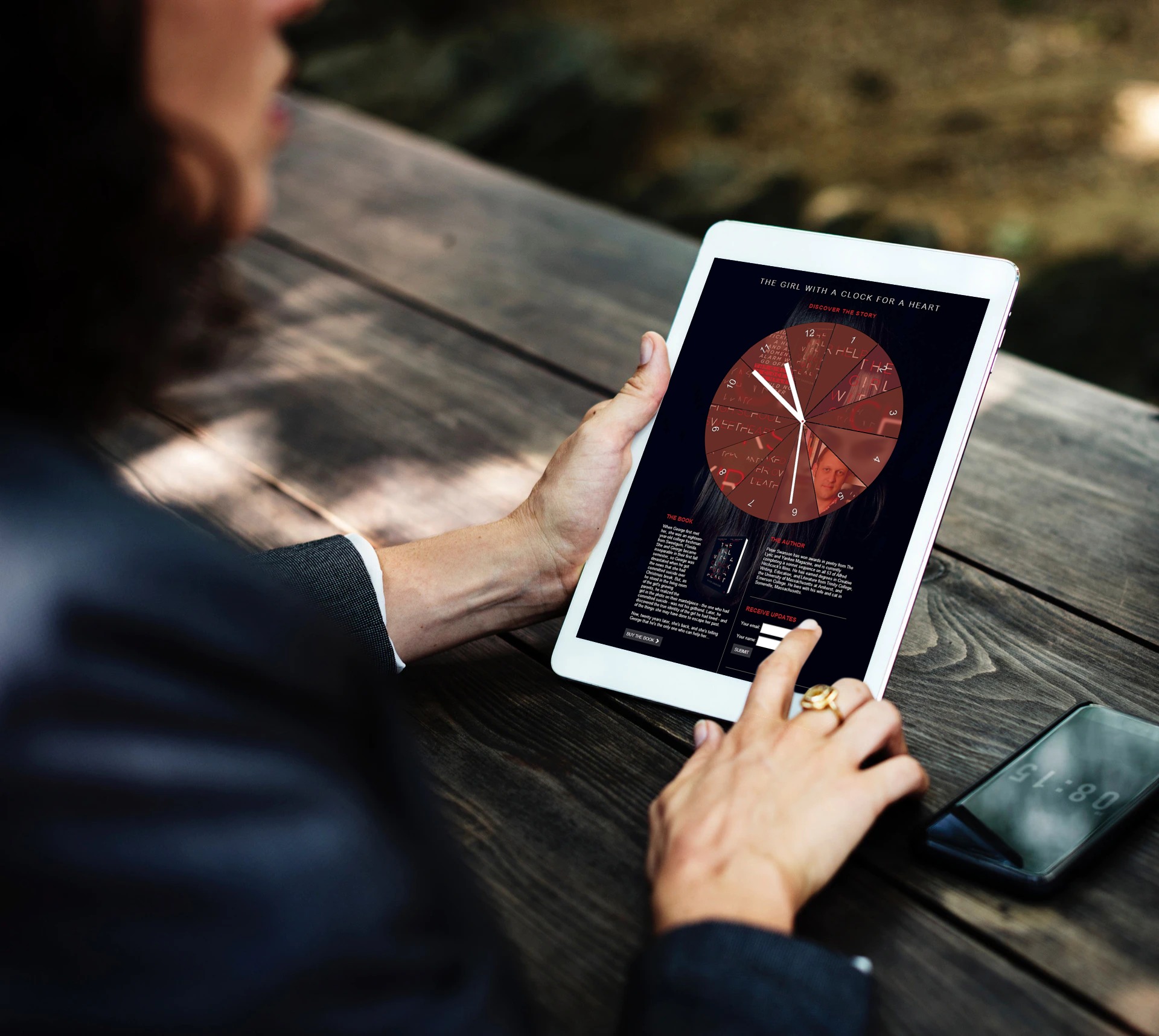 The Girl With a Clock For a Heart

Promotional microsite for crime debut The Girl With A Clock For a Heart, by US author Peter Swanson, commissioned by Faber. This is a responsive site – desktop users see a clock-face but mobile users see a more space-efficient digital clock!

George Foss never thought he’d see her again, but on a late-August night in Boston, there she is, in his local bar, Jack’s Tavern.

When George first met her, she was an eighteen-year-old college freshman from Sweetgum, Florida. She and George became inseparable in their first fall semester, so George was devastated when he got the news that she had committed suicide over Christmas break. But, as he stood in the living room of the girl’s grieving parents, he realized the girl in the photo on their mantelpiece – the one who had committed suicide – was not his girlfriend. Later, he discovered the true identity of the girl he had loved – and of the things she may have done to escape her past.

Now, twenty years later, she’s back, and she’s telling George that he’s the only one who can help her…