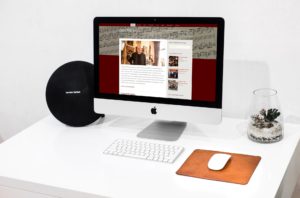 Website design for composer Colin Matthews OBE. Colin studied at the Universities of Nottingham and Sussex, and subsequently worked as assistant to Benjamin Britten, and with Imogen Holst. He collaborated with Deryck Cooke for many years on the performing version of Mahler’s Tenth Symphony. Since the early 1970s, Matthews’ music has ranged from solo piano music through five string quartets and many ensemble and orchestral works. 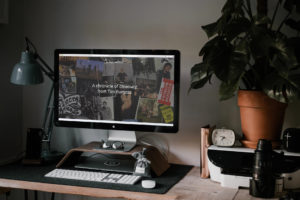 Design of a Shopify site through which Little, Brown will sell individually numbered and signed copies of One Two Another by Tim Burgess, a chronicle of Tim’s creativity and a veritable treasure trove of music wisdom.

Tim Burgess is lead singer of one of the defining bands of the ’90s, The Charlatans. In One Two Another, the singer presents and annotates his lyrics – from The Charlatans to The Chemical Brothers – allowing an insight into a very idiosyncratic and creative song-writing process.