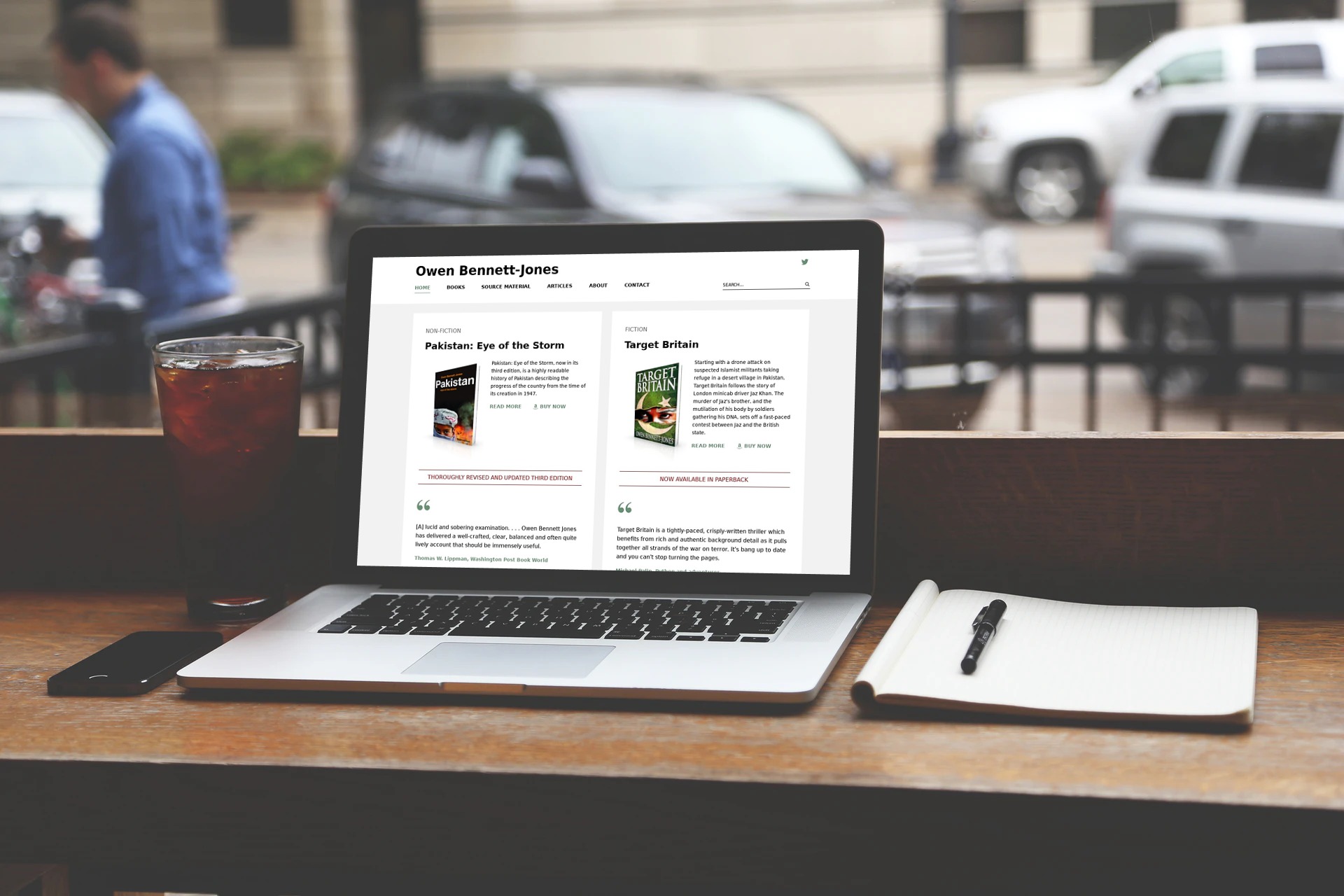 Owen Bennett-Jones reported for the BBC for 30 years. He has been a resident foreign correspondent in Bucharest, Geneva, Islamabad, Hanoi and Beirut and presented Newshour on the BBC World Service. In 2008 he was Sony news journalist of the year and in 2009 the Commonwealth journalist of the year. In 2012 Owen was Ferris Professor of Journalism at Princeton University. His podcast on the murder of Benazir Bhutto, The Assassination, won gold at the British Podcast Awards in 2018.

We created a new website for Owen to bring together his journalism, non-fiction and fiction all ine one place for the first time. The site includes the ability to upload source materials associated with books – so readers and listeners can access key documents that are part of Owen’s investigations.