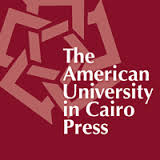 Bookswarm has developed the brand identity and website for Hoopoe,  a new imprint for engaged, open-minded readers hungry for outstanding fiction that challenges headlines, re-imagines histories, and celebrates original storytelling.

Hoopoe has been launched by AUC Press, for over half a century the leading publisher of Arabic literature in English translation and wide-ranging books about the Middle East, based above the renowned AUC Bookstore, overlooking Cairo’s Tahrir Square.

Hoopoe authors are world-renowned and include Naguib Mahfouz, the only Arab writer to be awarded the Nobel Prize for Literature. Mahfouz was followed to the Press by uniquely talented writers who received wide critical acclaim in English translation, including Ibrahim al-Koni, Sahar Khalifeh, Alaa Al Aswany, Gamal al-Ghitani, Miral-al Tahawy, and Yusuf Idris.

What is a hoopoe?

A hoopoe is a beautiful bird found across the Midle East, known for its distinctive crown of black and chestnut feathers. Like the cuckoo, its name is derived from its unique call.

In his famous epic The Conference of the Birds, Sufi poet Farid ud-Din Attar casts the hoopoe as the leader of all birds and the storyteller on the flock’s quest for enlightenment.

In the Qur’an the hoopoe is depicted as a trusted messenger, carrying messages between Solomon and the Queen of Sheba; while in ancient Egypt the hoopoe was sacred and was a symbol of the heir apparent to the throne.